Stepping into history can feel like an adventure, and even more so when stepping into a place so infamous. Add in the peak of summer in Philadelphia when air conditioning seems a distant memory and the only solace that comes from a hand-powered fan feverishly working to provide comfort. Walks down memory lane can also provide perspective into where we’re going as a society and that maybe, a U-turn might be necessary. A visit to the city allowed us a look at a most infamous attraction, Philadelphia’s Eastern State Penitentiary.

This post on Eastern State Penitentiary is a part of our series on Pennsylvania travel and USA travel. It was originally created on August 20, 2014. It has been maintained and updated (as of December 14, 2018) to reflect current viewpoints and travel trends. Background info found largely at Eastern State’s website.

Our Trip to Eastern State Penitentiary

The “solitary system” eventually fell apart and things changed over time. Officials needed newer buildings and after a nearly 150-year run, Eastern State closed. The City of Philadelphia purchased the site and re-commissioned this historical relic into a tourist site. 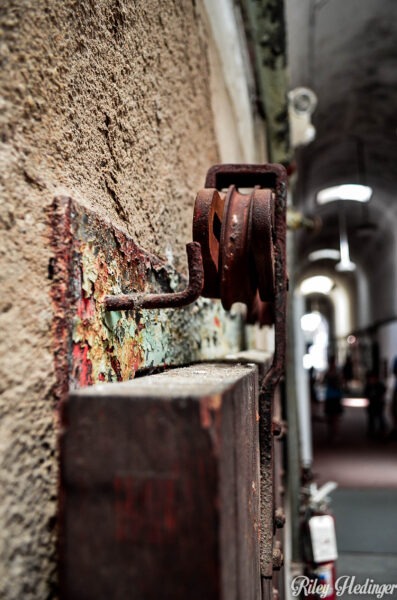 The aforementioned Buscemi was in the city filming a movie when he first visited Eastern State. Fascinated, he wanted to take part and provided the voice behind the audio tour. Much of Eastern State’s history and countless prisoner stories are made available through this experience, though some of the building is impassable due to decay.

After finishing, an overwhelming display presents itself to visitors and shows just how many U.S. citizens experience detainment compared to the rest of the world. Honestly, it’s shocking. The U.S. holds “…the highest rate of incarceration in the world. Crime rates have gone up and down throughout these years. They are largely independent of the rate of incarceration.” 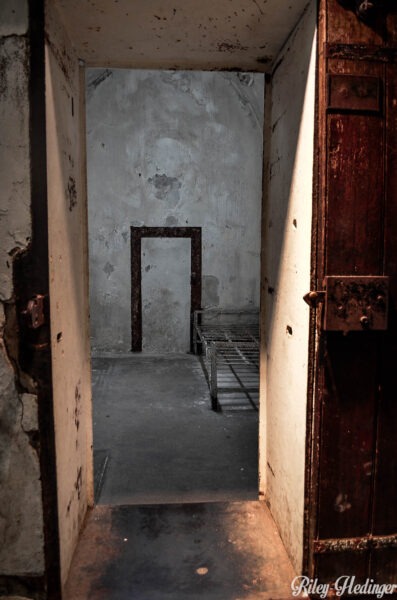 Taking a photo didn’t seem the right thing to do. It would feel like a celebration of this awful situation. Is this where we’ve come as a society? Lock them up in droves. Throw away the key. Is that how this country works? Moving on from Eastern State provided prison administrators with a hopeful look towards to the future but as it stands, the future has not been so bright for all the people who call bare white walls “home.”

Of course, it’s easy to say something needs to change and this situation is not acceptable. Perhaps instead of blindly following these stringent laws that are putting so many behind bars, maybe we should look at why so many people are going beyond the law in the first place. 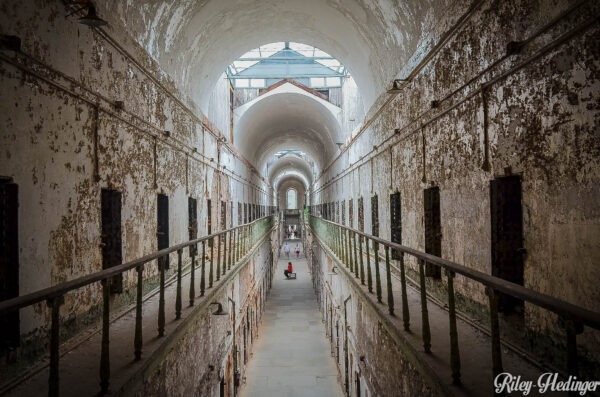 But that’s the purpose of Eastern State. Bring it out into the light. A hokey and fun tour through a bit of history started a dialogue that needs to happen throughout. How can we change things to where these people are helping our society instead of being punished by it? It opened my eyes even further on the point that the situation ISN’T okay.

Eastern State is a relic in time that needs to be seen, just like anywhere else that is talking about a problem as huge as America’s “Prison” populations. Philadelphia’s Eastern State Penitentiary is more than a museum. It changed the prison system for 150 years. What’s to be learned from it?

What do you think we can learn from Eastern State?

Getting to Eastern State Penitentiary

By Public Transportation (How we got there)

Coming from the North or West?

Coming from the South or East?

There is some on-street parking surrounding the Penitentiary but busy days might mean no nearby available spaces. Some is metered and there are some spaces that have limits on parking time. Check before leaving and you shouldn’t have any problems. Public parking is available next door to Eastern State and costs will go from $3.00 to $10.00 depending on your time spent there.