MERCI on Middle is a special event put on by some New Bern, NC locals to support a local clinic that provides healthcare to those who can’t afford it. We were invited to attend the event and after learning about the people involved, we came away with even more gratitude and love for one of our favorite small towns in North Carolina. Let’s introduce you to the people involved, New Bern’s eager-to-give residents, and why we need more things like MERCI in this world.

New Bern’s Dr. Ralph A. Redding, Beverlee Redding, and the Reverend Caroline West started MERCI Clinic in 1996. According to the organization’s official website, MERCI Clinic offers “medical, limited dental and pharmaceutical services to individuals who have no health insurance and are of limited income.” Unfortunately, the Clinic does not receive federal or state assistance and solely relies on donations to meet its annual budget.

Merci on Middle and Major Players

Beautiful event last night in New Bern to raise money for the MERCI Clinic! 500 people lined the middle of the street to eat, share stories, and connect with their neighbors for a cause! For every $1 donated, MERCI Clinic provides $7.97 worth of health care services to the community! #donate #health #supportlocal

MERCI on Middle is an idea that was coordinated by Gary Curry and former MERCI Clinic President Charles Cushman. Originally from the Topsail Island area, Curry relocated to Eastern North Carolina and got involved MERCI Clinic in 2016. After Gary’s wife Ashley—who is a New Bern native—heard that the organization would not be doing their annual fundraiser, the two offered their help. MERCI Clinic Executive Director Beth Cooper okayed the idea and from there, Curry and Cushman got to work. The two volunteered their time to enlist local restaurants and businesses to host and feed over 500 people on one night in November. 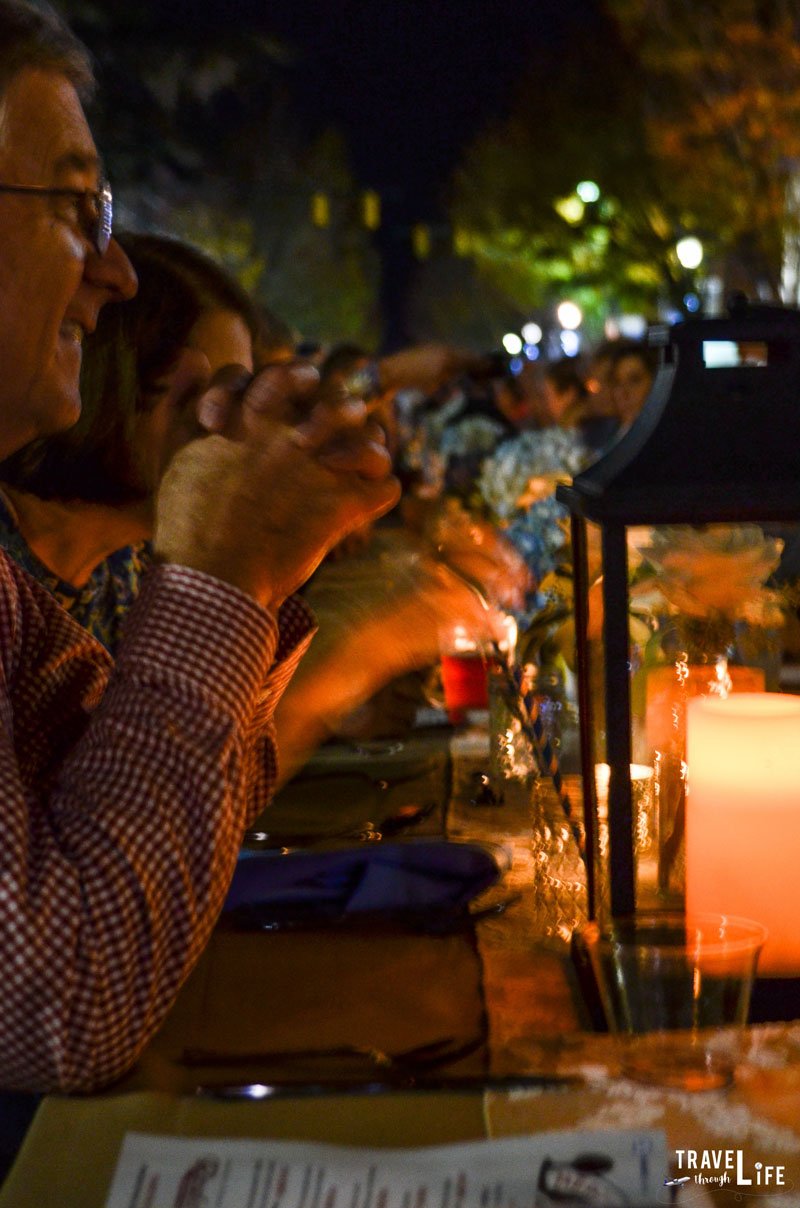 Everyone we talked to mentioned New Bern’s giving spirit. Perhaps, that’s why MERCI on Middle couldn’t have been held in a better place. We met quite a few people who spoke very highly of those who started the clinic. Attendees also shared how they, too, wanted to contribute. Nelson McDaniel, President of the Tryon Palace Foundation Board of Directions, perfectly summed it up. “If you didn’t plan anything other than all the fundraisers that take place in New Bern, you’d still have a full social calendar,” he said. His words joined those of other people who attended and seemed so eager to help. It showed us the sheer strength of this town’s giving spirit.

Showtime and the Outcome

500 people lined the streets of New Bern, NC this weekend to support a local cause. Local restaurants and businesses all came together to host and feed all these people to benefit the MERCI clinic- a community health clinic that provides care sustained mostly by volunteers. Healthcare needs to be affordable for all- and the people of New Bern and MERCI Clinic are working together to provide that! #community #supportlocal #healthcare @visitnewbern

When we arrived in New Bern early that afternoon, Middle Street was empty. We walked around with our little one and checked out some familiar spots, grabbed a Pepsi, and soaked in the beautiful scenes that keep visits to New Bern in a warm spot of our hearts. Within a few hours, it transformed into a massive dinner table. People came from all over to take part. And on that beautiful night in November, 500 people lined the middle of Middle Street to eat, share stories, and connect with their neighbors. For every $1 donated, MERCI Clinic would provide $7.97 worth of health care services to the community! The grand total raised that night was $107,000. 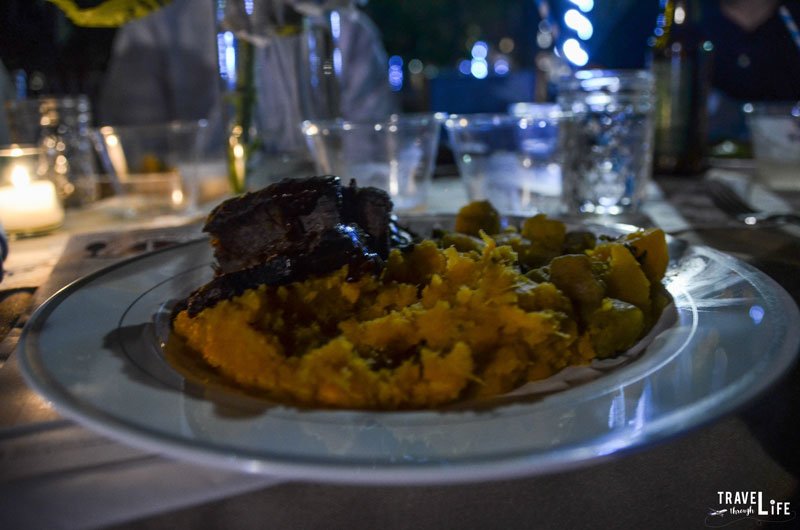 Many of New Bern’s best restaurants and caterers provided food for MERCI on Middle. Persimmons Waterfront Restaurant, Christoph’s On the Water, and Bebop’s Cafe provided the appetizers. Circa 1810 at the Harvey Mansion served up some delicious soup. Our favorite breakfast place, Baker’s Kitchen, sent out their delicious dinner rolls while 247 Craven’s salad had some delicious North Carolina shrimp. As for the entree, The Chelsea created a delicious dish that included boneless beef short ribs. To close things out with dessert, we were treated to North Carolina sweet potato cannoli by Famous Restaurant & Bakery. We come away with new friends and memories and our bellies couldn’t fit anything else in on that night.

Why We Need MERCI 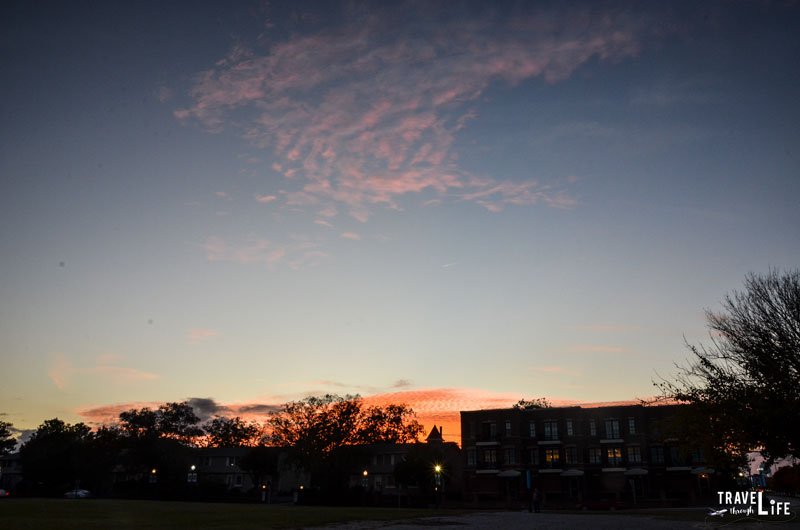 Afterward, I wanted to learn more and reached out to Gary Curry. I also asked him about the necessity for a place like MERCI Clinic. He explained, “So many are unable to afford health care; it is one of the critical issues facing our country today.” About MERCI on Middle, he continued, “I’d wanted to do a dinner on Middle Street for several years. A new executive director had come in to run MERCI. That was the perfect opportunity to introduce a unique event to New Bern.” From our perspective, MERCI on Middle is certainly one of a kind. We are so grateful to have been invited by Visit New Bern to partake in the event. All reports indicate that it was a rousing success. Hopefully, each subsequent MERCI on Middle is better than the year before.

We can’t get over the giving spirit that fills New Bern throughout the year. The people there and those who run the MERCI Clinic are working together to ensure that many people continue to receive much-needed health services. As for the future of MERCI on Middle, Gary is hopeful that it will be held again. If you’d like more information about this wonderful organization, stop by the MERCI Clinic website and let them know how much you support their tireless efforts!

What do you think about MERCI on Middle? Is there something similar to this in your town? We’d love to read your thoughts in the comments section below.

4 thoughts on “MERCI on Middle in New Bern, NC”